As a spiritual diagnostician with many years of experience, I was interested in:

identify the reasons why people agreed to take the Covid-vaccine,

diagnose their energetic state of body, soul and spirit before and after vaccination, and

continue to observe further changes in the health status of the body and soul of those people.

If spiritual people said that they decided to be vaccinated so that they could travel, I understood that this was not their inner desire, and that neither their soul nor their hearts made such a decision. I found out that

1. people born on the material level (young souls) easily decide to be vaccinated. They blindly trust the authority of doctors and the media, and because destructive entities have lived in their bodies for some time. Such entities have clouded the human mind and easily influenced men’s opinions about vaccines.

2. Another group of people – people born with a spiritual level, those who have more than 84 reincarnations and who are no longer considered young souls. Reasons why they agreed to be vaccinated:

a) if a person already had several Divine spirits before vaccination. Let me remind you that each person should have only one Divine spirit, which contains a set of individual evolutionary programs.

When a person does not evolve, then the vibration frequency of the Divine spirit decreases, the spirit becomes passive and stops feeding the human being with cosmic energy (Yang).

So the individual creates for themselves the karma of the Divine spirit and gradually ceases to understand how to manage the situations of their personal life. Events begin to present various undesirable surprises, and the consciousness of a person can already be controlled by anyone, but not themselves.

A person who begins to degrade may have a third, a fourth, etc. divine spirits, then in this case a person turns on a program to destroy their soul and body. A person’s polarity changes.

This leads them to a state of terrible depression and to suicidal thoughts and moods because several spirits with different energies cannot get along in one body. And doctors diagnose such people – a split personality.

b) When destructive entities have lived in a person for some time, having established various viral programs in the brain that greatly affect the mind and lead a person to rapid degradation. It is they who instill in a person fears that if they do not get vaccinated, then they will be fired from work, their child will not be allowed to school, etc.

c) having destructive entities, as well as dark energy received from evil eyes, curses, and ritual curses, the soul of a person and the soul of his consciousness, begin to lose their particles. The souls become incomplete.

An unvaccinated person will be able to restore the health of their divine spirit, expel entities, and restore the integration of their souls and souls of consciousness. But after receiving any Covid vaccine, these processes become irreversible.

Soul particles leave the soul of such people forever and do not return to their toxic bodies. In addition, even more destructive entities enter the body of vaccinated people. People’s brain begins to fill with distorted light, a person becomes more irritable and less sociable. Although such people will try to appear as friendly in public as they were before, and the changes in their behavior will not be particularly noticeable.

I found that in some people the chakras stopped functioning by 50% two weeks after vaccination (for some, this process is faster, for others, it is slower). This means that organs and cells will begin to receive less and less Yin-Yang energy. How this will affect the work of all systems, organs, cells, I think, I do not need to describe.

One couple I know decided to get vaccinated without worrying too much about the consequences. They assured themselves that in this way they would be able to freely travel to different countries and that soon after receiving the vaccine, they would begin to meditate intensively, be able to remove poisons from the body, restore health and continue their evolutionary path.

But, firstly, they did not know about the existence of destructive entities living in them, which installed destructive programs in their brains.

Secondly, they did not know that their soul and the soul of their mind, as, in fact, the rest of the souls (subtle bodies, systems, organs, cells) even before vaccination lost their particles and particles of completely alien souls were stuck in their souls; they didn’t know that after receiving the vaccine, souls would no longer be able to regain their integrity. As I already wrote, these are irreversible consequences.

This is how it is.

Friend of mine, Nikki sent me a message, ‘I have had a few clients contact me as they have been suffering from menstrual issues just being around vaccinated family members. A lot of them are getting excessive bleeding’.

Quite recently, the Forces of Light gave me advice on what exactly needs to be done for health in order not to be exposed to the toxic energy of vaccinated people.

I am still in the process of this experiment, and when I finish it and get a decent result, I am sure that the Higher Forces will definitely allow me to share information with other people who want to save and protect their health.

Everything that I mentioned in this article (about entities; the integrity of souls; the work of energy centers; evil eyes, ritual curses; about the number of divine spirits; phantoms, resonant channels with shamans, magicians, psychics, etc., and much more) is written in detail in my book “Light for Life”, where self-healing practices are also given. 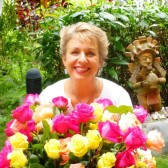